On March 3, 2016, Posted by Adam Jankowski , In News, With Comments Off on Fire and Smoke Restoration Training in Israel – March 2016

I was fortunate enough to get a request from a small business in Israel requesting training for fire and smoke restoration. The company in question is Pitaron PST Ltd., a company of long standing and already considerable experience in the fire and flood business in Israel. 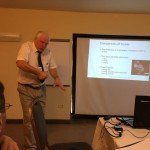 An animated explanation in progress!! 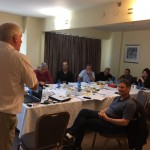 At least they’re not asleep!!

The main reasons for this request was that the directors of Pitaron had decided that they wanted IICRC accreditation in Israel. Who was I to argue?

I was flown out to Tel Aviv on Tuesday 15th March. The two day class started the next day. My “students” were able to communicate effectively in Hebrew and Ukrainian. I was not. Plans had been put in place to have all written materials translated into Hebrew and a translator was paid to sit in class for the whole two days to translate everything I was saying, the questions they wanted answers to and then the two hour exam which took five hours. I know I had to work hard but she had to work even harder!!

My class, consisting of Amir, Boaz, Moshe, Ron, Roni and Yuri and the translator (whose name has, to my embarrassment, escaped my 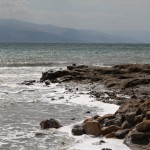 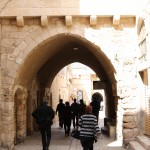 I am very grateful to the directors of Pitaron, Ron, Roni and Moshe who treated me to a day out to Jerusalem and the Dead sea on the Friday after the course and for providing for me all the comforts I needed to deliver the training and be comfortable when I was not.

With all the class having passed their exam, I expect that Pitaron PST Ltd. are now an IICRC certified firm in Israel and will be participating in more IICRC training classes. I hope so as it means I may have an opportunity of going out there again. A very interesting country!!